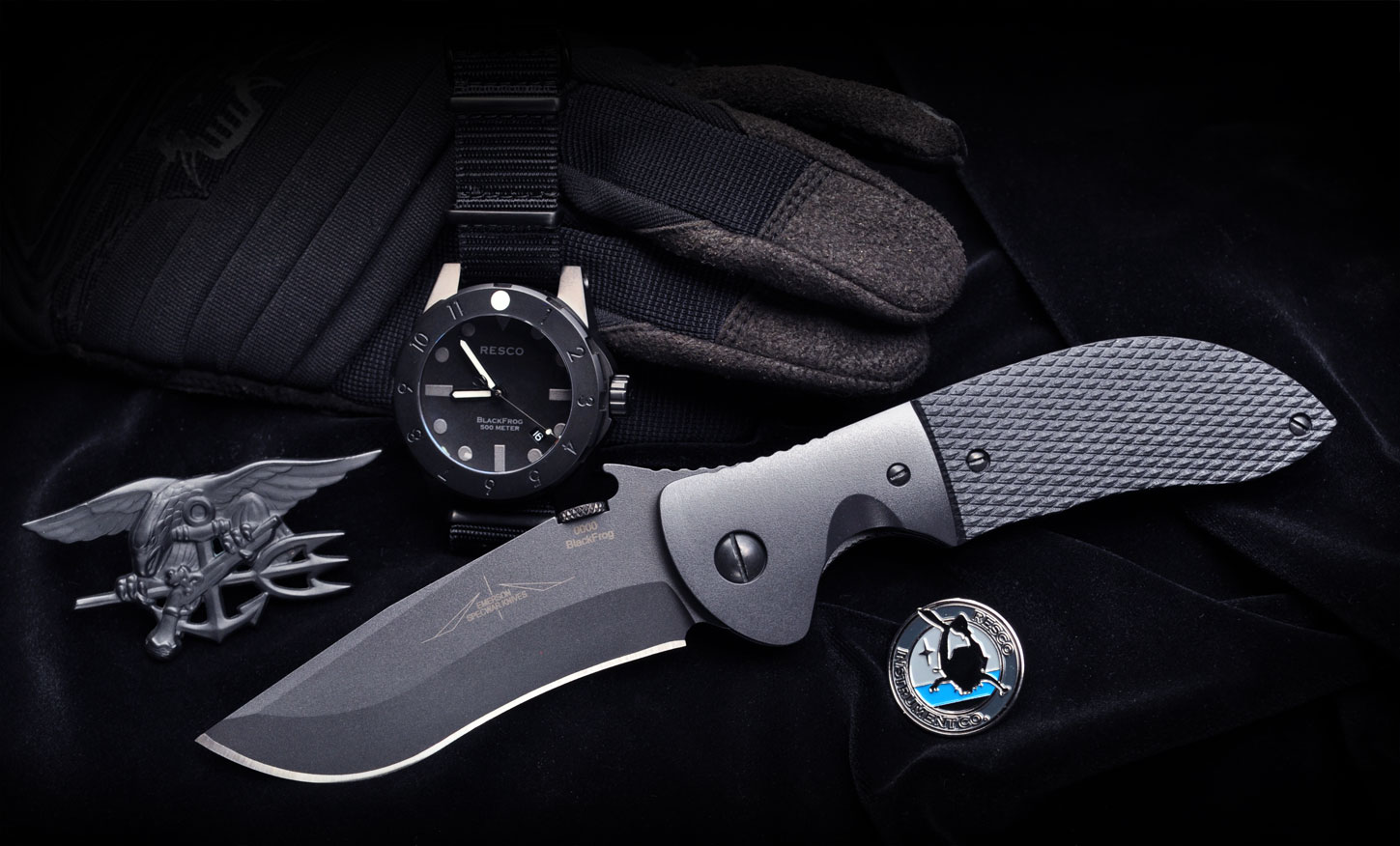 We are very excited to present the Resco Watch and Emerson Knife Auction. For years, Emerson Commanders have been one of the U.S. Navy SEAL Teams personal favorites for their choice as a combat folding knife. In fact they were developed at the request of a “special” unit within the Naval Special Warfare community.

The company Resco Instruments was founded by a U.S. Navy SEAL with the idea that he could make a better watch designed by a SEAL and built for SEALS. And as a result Resco Watches soon became the go-to personal favorites for the SEAL operators to wear.

For this special charity auction event Emerson Knives and Resco Instruments have locked shields to bring you the ultimate Special Warfare combination, two precision built instruments designed to meet the rigors of combat and to stand up to the harsh standards demanded by one of the world’s most elite fighting units. Both Resco and Emerson have proven records in both regards and their reputations speak for themselves.

100% of the proceeds will go to Operation Underground Railroad

The charity chosen for this auction by Resco and Emerson Knives is Operation Underground Railroad. This company is composed of former Government employees and “special operators” from various agencies such as the CIA, Navy SEALs, US Marines and Army Special Forces.

Their charter, goal and mission is to rescue children from the terrible grip of national and international human trafficking in the child sex and slave trade. They work in all theatres of the globe with various international agencies and state governments wherever their missions take them. They have rescued hundreds of children both boys and girls from this evil in dozens of countries across the globe.

These missions are not just paper trails, they are dangerous, dirty and involve dealing in situations with the lowest scum on this planet often at great risk to their own safety in order to free children from the spider web of trade in which young girls and boys are bought, sold and traded like livestock to the highest bidder.

As a father and now a grandfather I cannot think of anything more noble and deserving than to support an organization and the teams that are sent into hell to pull these innocent victims back to freedom and safety.