The very first knives we ever made as the company, Emerson Knives Incorporated, were the Ravens. And I am amazed at how many people approach us at shows and different events to show us their original Ravens that they are still carrying and using today 25 years later. Talk about a shelf life. 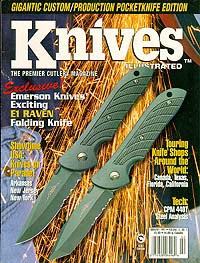 Well they're back. We're doing some very special 25 Year Anniversary Runs featuring original handles that we used on those Raven knives 25 years ago. Knife users loved them way back then and they're still good today. These handles that we're using go all the way back to 1997. I pulled a whole bunch of them out of the vault, and we decided to commemorate our company’s 25 Year Anniversary and reintroduce the Emerson Raven Knives and give you the chance to get something right out of the “way back machine.” These are very limited because when we're out of handles, we're out of Ravens, and these are special runs that we're only doing for the 25 year anniversary. We're building brand new blades and liners and using the original 1997 built handles, which are in brand new, perfect condition right out of storage.

We're going to make both the double V-ground spear point “A” blades and the single-sided chisel- ground Tanto “B” blade version.

We're only going to be doing these as limited runs, and I know you guys are going to love them. They are a timeless design and they are the very first knives that were ever built by Emerson Knives Incorporated.

The Emerson Ravens had so many unique features on them at the time that weren't on any other knives in production anywhere. So it was an easy decision for us to decide to bring some back and let you get a taste of the “old school” Emerson designed and built Ravens.

They're great in the pocket. They have our no-slip tread on them that we developed, the deep safety choil feature, lanyard hole, and the first folding knives to use the inletted handle titanium liner lock design. Another Emerson first.

Emerson Knives set the world's standard for all of the tactical knives that were yet to come, and that's not bragging or marketing hype – that's an unchallenged fact. These were the first knives from the designer and company that created the tactical genre and still owns it today; Emerson Knives Incorporated. If you don't have an original, pick one or both of these up to own an important part of modern cutlery's most dramatic legacy. And rest assured if you choose to use them you'll probably still be using them 25 years from now. That's what makes an Emerson Knife, an Emerson. 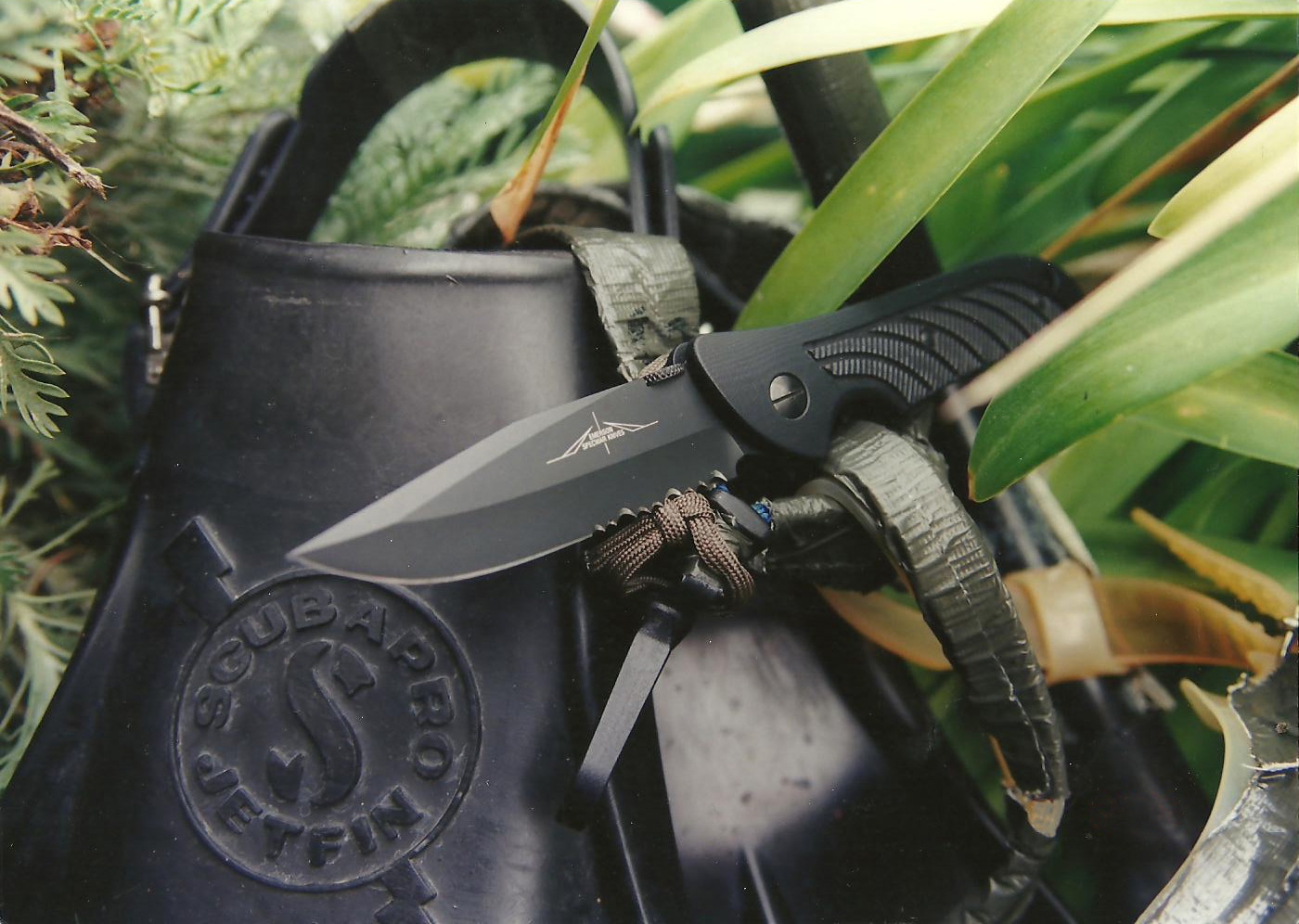 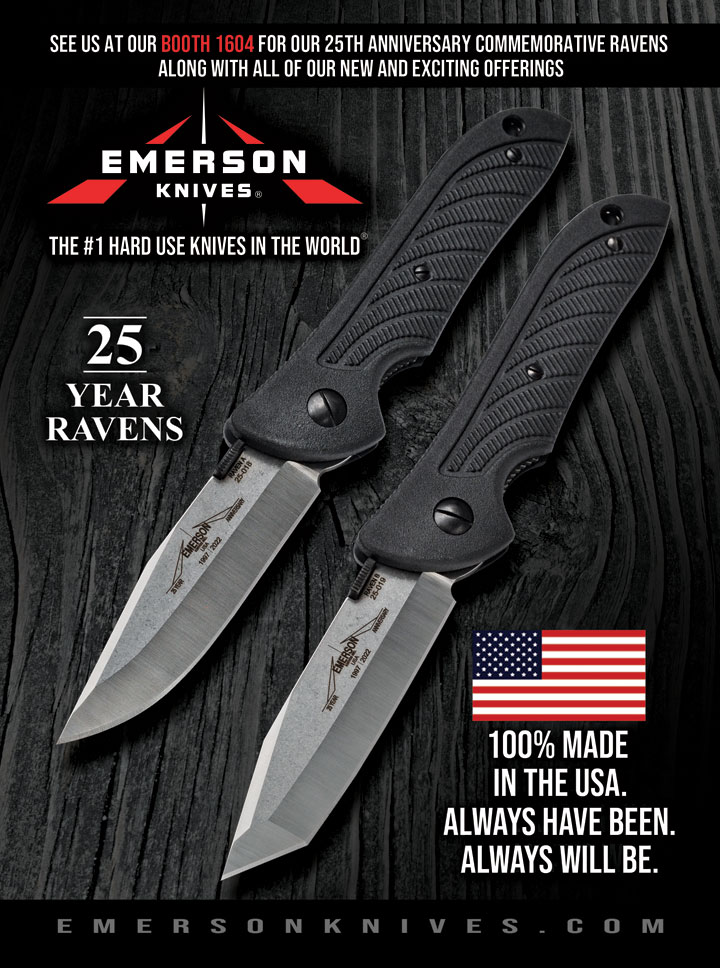