Ernest Emerson is the founder and owner of the company, Emerson Knives, Inc. and is considered, “The Father of Tactical Knives,” having designed the most iconic and well known combat knives in history.

He is a Black Belt Hall of Fame member and United States Martial Arts Hall of Fame Member and is a “Tier One” hand-to-hand combat and edged weapons instructor who has taught his combat system to many of the world’s most deadly warriors, including the U.S. Navy SEAL Teams, U.S. Marines, U.S. Army Special Forces and various Government agencies. 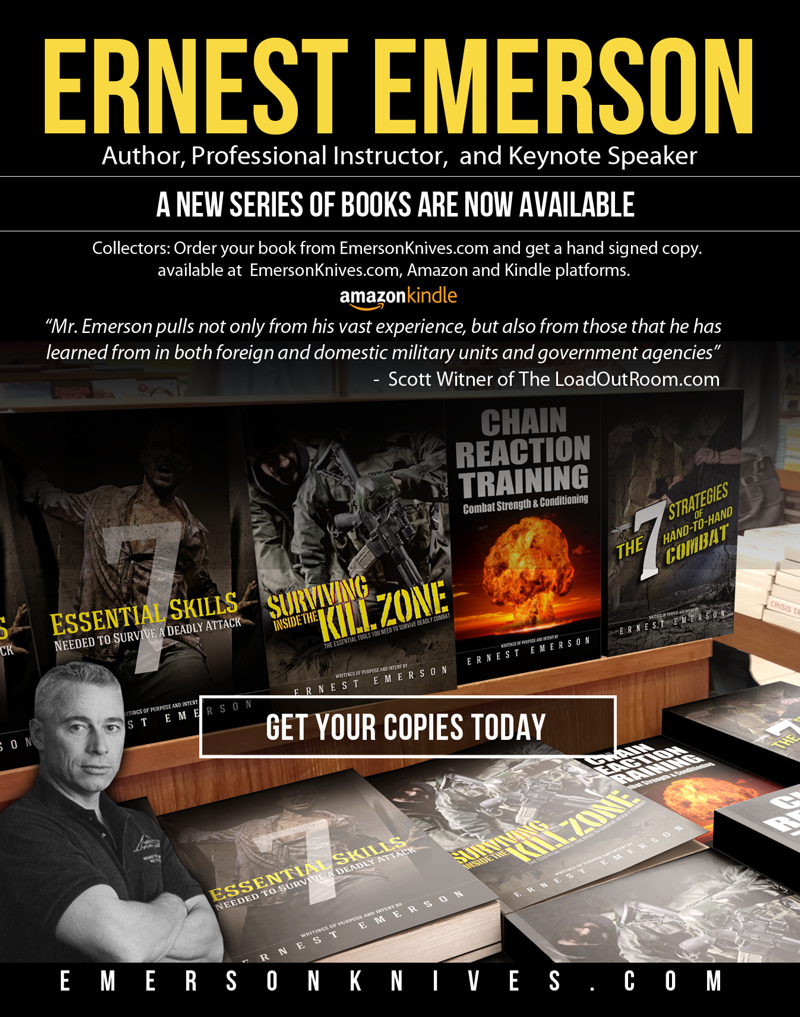 Sir Ernest Emerson is a Knight of The Noble Order of the Black Shamrock and also holds the coveted title of Master-at-Arms. He is a noted lecturer, author and is an expert witness for the Los Angeles District Attorney’s Office in deadly force cases. He has appeared on many T.V. shows, radio programs and has acted as a technical expert on numerous award winning movies.

His background includes playing professional baseball, boxing, Jeet Kune Do and Gracie Jiu Jitsu. He is the founder of The Emerson Combat System and is the owner of the Black Shamrock Combat Academy in Los Angeles, California.

He is the husband of a beautiful wife and the father to three wonderful children. Mr. Emerson is a Rock n’ Roll junkie and enjoys the taste of fine scotch whiskey.

Be sure to like our Ernest Emerson page on Facebook for personalized updates on new releases, audio books, podcasts and speaking engagements.