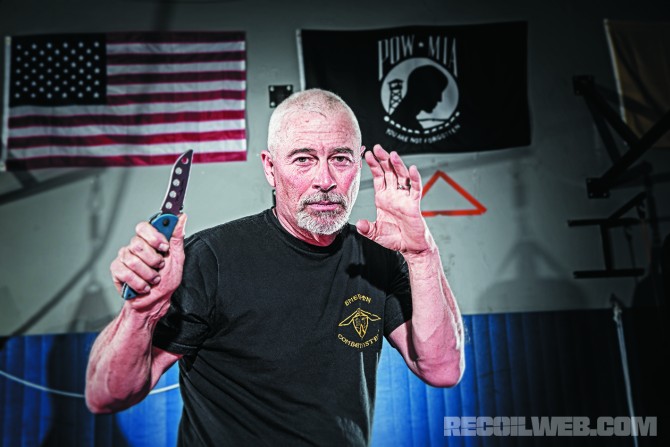 Ernie Emerson – On the Grind at Recoil Magazine

Blog » Blog » Ernie Emerson – On the Grind at Recoil Magazine

Recoil Magazine Issue # 21 is now on newsstands, and we are honored to have such a great feature in it. In this month's Zeroed In section, Recoil talks in depth with Emerson Knives's founder Ernest Emerson as he shares his passion and hard work at Emerson Knives as leader, knife designer and accomplished combatives instructor.

Ernie Emerson – On the Grind at Recoil Magazine is now available on Recoilweb.com. Below are some excerpt from the interview and article by Patrick Vuong, as well as some photos (and amazing photos we might add!) shot by Q. Concepts. 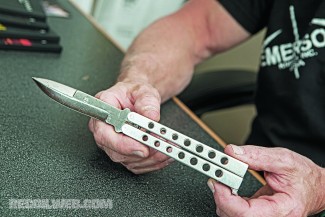 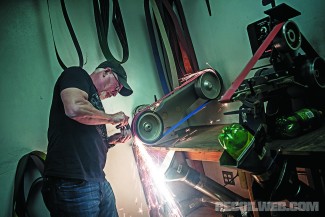 On Who Ernest Emerson Is:

“So who's the true Ernie (as close companions call him)? If you ask Emerson himself, he'll tell you he's just a poor Wisconsin kid who was lucky enough to grow up and become a custom knife-maker and founder of Emerson Knives, Inc. After all, there was nothing in his humble beginnings that would have suggested his eventual world-wide popularity. ‘ I was born in a log cabin built by my grandfather' Emerson said. ‘He built my parent's wedding present. My house was 20 by 30 feet long and my bedroom was the corner of the kitchen. I didn't come from anywhere but the ground up.'

“Emerson sought out his training at the Filipino Kali Academy in Torrance, California who was run by two martial arts legends: Richard Bustillo (senior Lee student and longtime reserve police officer who was also profiled in Recoil  Issue 5) and Dan Insossanto. Emerson moved to Southern California to continue his studies in martial arts at night.”

“He also revealed a big secret: Though his company produces manly weapons that bear his name, the heart and soul of Emerson Knives are actually women. His wife Mary, oversees the business. His daughter Rachel, is director of operations, while his other daughter Megan is head of marketing and advertising.” 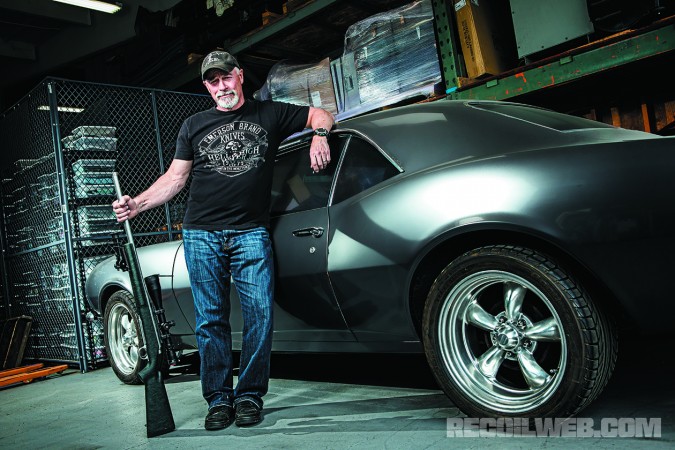 Following the 3 page background history, the interview begins. An insightful, personal and in depth look at all the history and multi-dimensional facets that make Emerson Knives the unique and significant company that it is today. Some of the topics that are discussed range from Ernest and his relationship with the Navy SEALS, his love of martial arts, guns, custom knife making, the invention of the Wave Shaped Feature ® to some in depth discussions about self defense, firearm collaborations and future prospects. We highly suggest picking up your copy today!

A Big Thank You to Recoil Magazine for such an amazing opportunity to be featured in your awesome print magazine.