100% of the proceeds from the Custom Blue Line CQC-8 Auction will be donated to C.O.P.S. Concerns Of Police Survivors

These two custom Blue Line edition CQC-8's were conceived by Samuel Clark and feature the combined work and efforts of Ray Chee, Bill Yester, Steven Kris, Derrick and Leonard of Steel Flame and Ernest Emerson.
The auction is being hosted by Emerson Knives, Inc.

When I first heard about the shootings of the Dallas Police Officers on July 8 in the morning, that had happened late night on July 7th. I was very taken aback. All those Officers killed protecting people who were protesting them. The first thing I thought about was their families and how much they had lost in a single night. A few weeks later, I was watching the T.V. as the news broke of the shooting of the Baton Rouge Officers. I felt the same powerful emotions as I felt a few weeks before. I work as a Border Patrol Agent down in McAllen, Texas. One of the great things about the Border Patrol is that when one of us 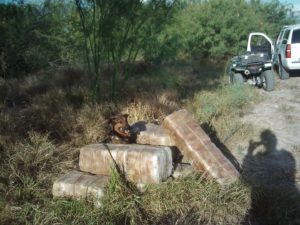 is in need that we all band together to help out our fellow Agents and their families. As a Law Enforcement Officer, I felt compelled to do something to help out a fellow LEOs.

I started thinking what can I do to help out. I had just bought 2 CQC-8s one SF and on BT model. I thought those were perfect to represent the 2 Police Departments. The first one I reached out to was my Friend Ray Chee. I knew that he had just done a run of scales for PDW of CQC 8s for the Gathering. I knew that they sold out right away. I contacted Ray and told him about my idea and asked if he could make the scales. He agreed right away and after several emails we came up with a scale scheme. He made black contoured scales with blue liners also with a blue diagonal stripe on the scale itself. After that I think I contacted Steve Kris of Street Reaper Designs next. I asked him if he would help me out and design 2 thumb disc for the CQC-8s. He came up with an excellent design a Silver thumb disc with a Badge and the words Dallas Texas and PD across the center and a Bronze disc for the BT 8 with the words Baton Rouge and PD across the center. Next I contacted Bill Yester and advised him of the project. I asked him if he could make 2 Titanium back spacers. He came up with a blue anodized Ti back spacer with blue lines running along the spine and a Bronze anodized geared back spacer. Next I contacted Derek and Leonard  from Steel Flame and asked if the could donate a Silver and a Bronze Crusader Cross pocket clip. The final part of the project was when I contacted the Emerson Knives Rep. asking if Mr. Emerson would be willing to help out. I asked if he could sign the blades. I then got the idea, if maybe he could regrind the blades himself. I actually thought that he would be to busy to regrind the blades and I was AMAZED the rep wrote back saying that he would regrind the blades. When have you ever heard of Mr. Emerson Regrinding one of his production blades!!!

One of the things that I would like to point out is that everyone involved donated their time, effort and resources to this project. I know that Ray Chee, Bill Yester, Steve Kris and both Derek and Leonard at Steel Flame, all were busy with projects of their own and they all decided to help, no questions asked. I thing you will see in the two knives how much Heart and Soul went into both knives. I hope that who ever wins the auction for these knives will appreciate all the Hard Work and Love that went into these knives. 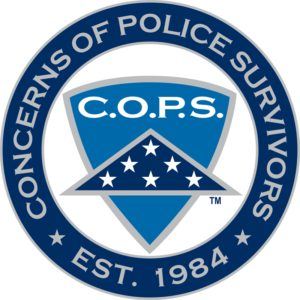 100% of the sale of each Custom CQC-8 Knife will be donated to C.O.P.S. Concerns Of Police Survivors

“Each year, between 140 and 160 officers are killed in the line of duty and their families and co-workers are left to cope with the tragic loss.  C.O.P.S. provides resources to help them rebuild their shattered lives.  There is no membership fee to join C.O.P.S., for the price paid is already too high.

C.O.P.S. was organized in 1984 with 110 individual members.  Today C.O.P.S. membership is over 37,000 survivors.  Survivors include spouses, children, parents, siblings, significant others, and affected co-workers of officers killed in the line of duty according to Federal government criteria.  C.O.P.S. is governed by a National Board of law enforcement survivors.  All programs and services are administered by the National Office in Camdenton, Missouri.  C.O.P.S. has over 50 Chapters nationwide that work with survivors at the grass-roots level.”

Subscribe To The Emerson Knives Newsletter.    Be the First to Know About Special Offers And New Knife Models!