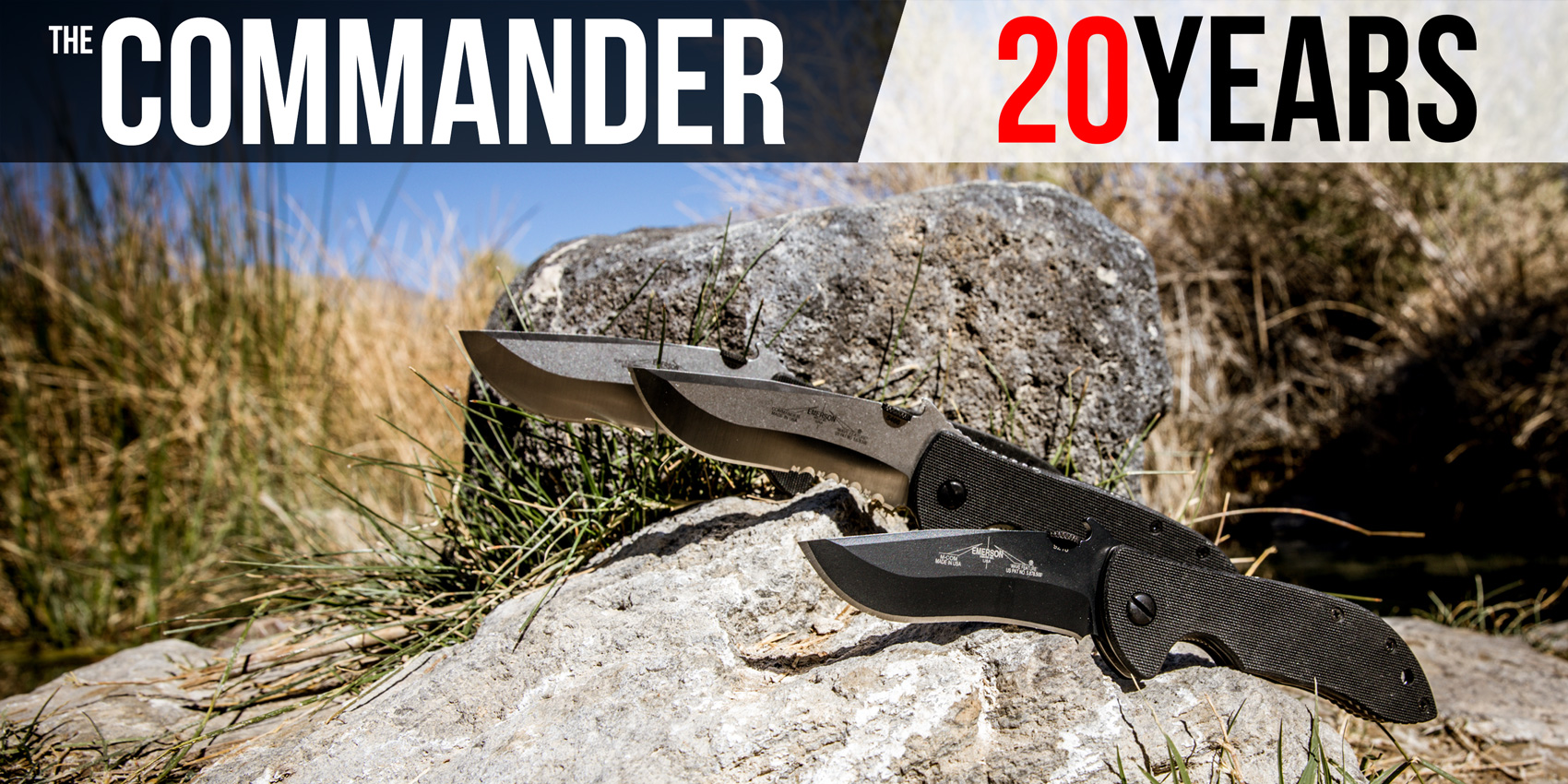 The year 2018 marks the Commander's 20th Anniversary. Many Emerson Knives have an iconic status but the Emerson Commander is the one that made the company a staple in the industry.

The Commander is carried around the world by military, law enforcement and knife enthusiasts alike. The knife's design was created with combat in mind. Every curve and edge has a purpose.

To celebrate this milestone, we will be offering various promos throughout the month of July. Don't miss out on some cool perks! 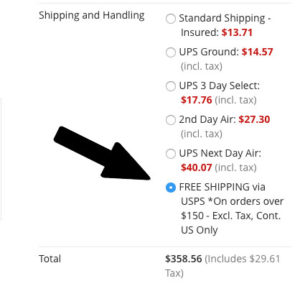 When you make a purchase on our website that totals $350 or over (before tax), you can enter promo code “freeship” before checkout. This will unlock a shipping option at checkout. It is important that you select the FREE SHIPPING option under the list.

Free Shipping on all orders over $350!

Purchase any Emerson Commander Model in July and receive 3x the normal amount of rewards points! Just use promo code “3xcom” before checkout to receive the rewards.

Important: You must have and be signed into your Emerson Knives account to have the points registered to you. If you purchase without being signed in, the points will not be redeemed.

For more info on our Rewards Program go here.

To commemorate this 20 year ride we are bringing you a very special edition of the Commander. This is an exclusive, commemorative 20th Anniversary Vintage Commander that will be available while supplies last.. Each knife is a blend of a little old and a little new.

The Emerson Commander knife was conceived and bred for one purpose – combat. Now you need to understand that the word combat does not solely refer to the use of the knife as a weapon but more so a knife that can be used and counted on in a combat environment, a knife that can be called upon to do many things, many tasks, yet still function as a viable weapon if that need does present itself. That knife is the Commander.

The Commander knife was originally designed at the request of a unit at Fort Bragg, North Carolina for a SERE type of knife that could cover all of the requirements necessary in a knife that would be taken into a combat environment. This included having a forward heavy blade with a larger front end and a smaller width towards the pivot which was solved by using the Commander recurve design.

Besides the recurve design creating a forward weighted blade another advantage is that the recurve creates a blade where the cutting edge is longer than the blade itself. If you were to lay a string along the edge of the knife it would be longer than the overall length of the blade. This gives the blade more cutting surface. Additionally because of the curve when cutting material is drawn along and into the concave portion of the blade (the inward curve) it gives great leverage when cutting cord, clothing, or webbing. Thirdly the convex portion of the blade (the outward curve) commonly called the belly concentrates the force of cutting or slashing onto the front end and maximizes the efficiency of any force applied to the blade cutting remarkably well with minimal force.

And last because of the upswept curve towards the point it is delicate enough and fully capable of skinning large game with ease.

The original knife blade had a thumb hole in the blade for simplicity in opening but it was replaced with the Emerson thumb disk on top of the blade because the “hole” did not work well when wearing combat gloves.

The handle needed to be ergonomic in design and capable of being comfortable in a number of grip positions including a reverse grip and a forward (saber) grip.

So as a design the Commander originally called the ES1-M, covered all the requirements for both a combat ready SERE and fighting knife.

The next evolution came when the original ES1-M design was introduced to the US Navy SEAL teams. The combat fighting course instructors requested one additional feature, a hook or projection on top of the blade to catch or stop an opposing blade from sliding forward into the operator's hand. This feature with just a little tweaking became the “Emerson wave shaped opening feature” the “wave”. This feature enables the user to deploy the knife fully opened as it is withdrawn or deployed from the pocket. Faster than any switchblade and ready for immediate action it is the fastest opening knife ever developed.

So successful and innovative was the Commander design that it was declared the hands-down winner of the “overall knife of the year” at the 1998 BLADE Show, the cutlery industry's top honor.

It has been 20 years since the Commander first hit the ground and it has seen action literally on every continent on earth from the halls of the Pentagon to the wind-swept hills of Afghanistan and from the mean streets of the world's toughest cities to the deadly back alleys and doorways of Iraq and the Middle East. The Commander has been there and done that in the hands of the world's greatest warriors both American and our allied counterparts. The Emerson Commander turned the cutlery world end over end and truly lived up to the Emerson motto “Famous in the Worst Places.”

I've designed and built a lot of knives since then but the Commander is truly one of my favorite knives that I will always hold dear to my heart. It has been to every hellhole corner of the world and it still continues to be one of our bestselling models.

Now to commemorate the 20th anniversary of the birth of the Commander I am bringing you the 20th anniversary special edition Vintage  Commander 2018. Each knife is a blend of a little old and a little new. The classic blade is crafted of S35VN steel and honed to a razor sharp edge. The knife features double-sided .062 thick titanium liners and it has “old school” 125-inch-thick G-10 handles with the classic edge radius found on the original models. The knives have our original handle screw placement along with hidden standoff screws making it a truly special edition Commander model and each knife has a coin insert commemorating the  Commander's 20th Anniversary inlet into the handle.

Available in only a strictly limited quantity so do not delay in picking one of these beauties up. They will not last long. The Commander is a truly unique design and this commemorative version is a unique version of that unique and timeless knife.

The Emerson Patriotic Commander is a limited edition knife available exclusively for Independence Day 2018 and part of the Commander's 20th Anniversary. Featuring all-black hardware and a beautifully engraved American Flag design on the front of the blade. The Emerson Chevron Logo and other info are located on the backside of the blade. The titanium liner lock and flat liner are coated black to give it a dark appearance. It also features our popular “We The People” pocket clip. Learn More.

Subscribe to our newsletter for the latest news on Emerson Knives